Top Seeds Progress Through Second Half of ToC Quarterfinals 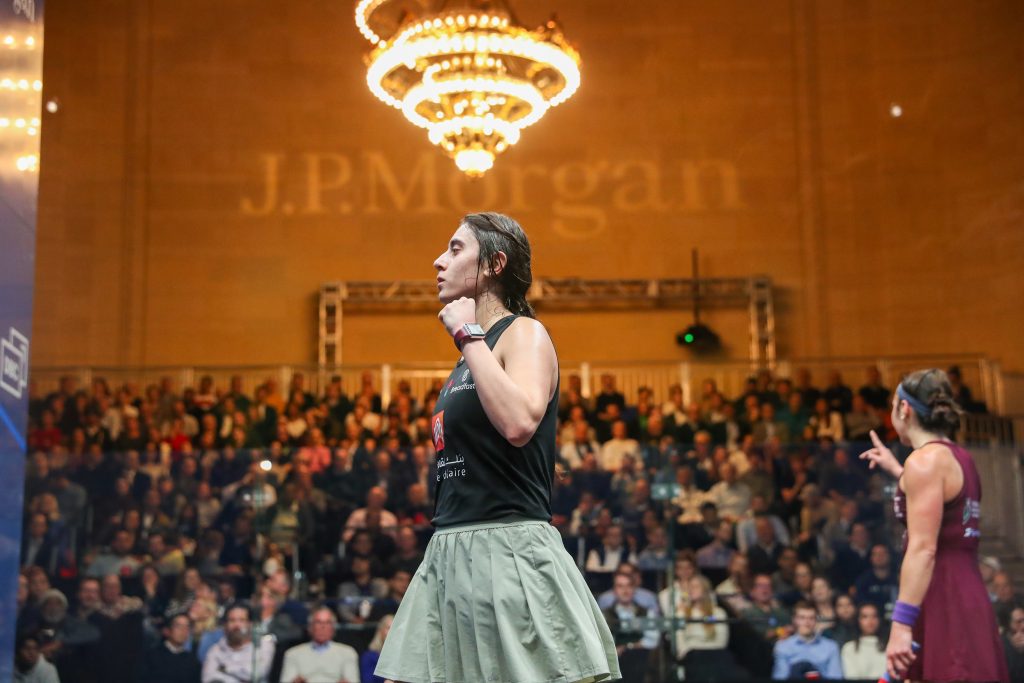 Of the four quarterfinals, only one extended beyond three games as El Sherbini—the only three-time women’s champion—ended Amanda Sobhy’s run. The six-time world champion earned a 2-0 lead, but the American saved a match ball and fought back to take the third game 13-11. El Sherbini regained control in the fourth and clinched a spot in her eighth ToC semifinal.

“It was a very tough game. Amanda was playing amazing in the third and she came back, she was 2-0 down, to come back fighting and wanted to win the game and the match,” El Sherbini said. “I was very frustrated to lose the third game but Greg [Gaultier, El Sherbini’s coach] told me to forget this game and focus on the fourth and to think point by point, and I think the start of the fourth was important and I got a big lead and that made the difference. I’m still playing, of course I want another title. The ToC is a special tournament for me. I play my best squash here, it was my first ever Platinum event win and it’s a lucky place for me, so hopefully I can get another one.”

El Sherbini, world No. 2, will face off with world No. 3 Hania El Hammamy, who dispatched England’s Georgina Kennedy in three games. 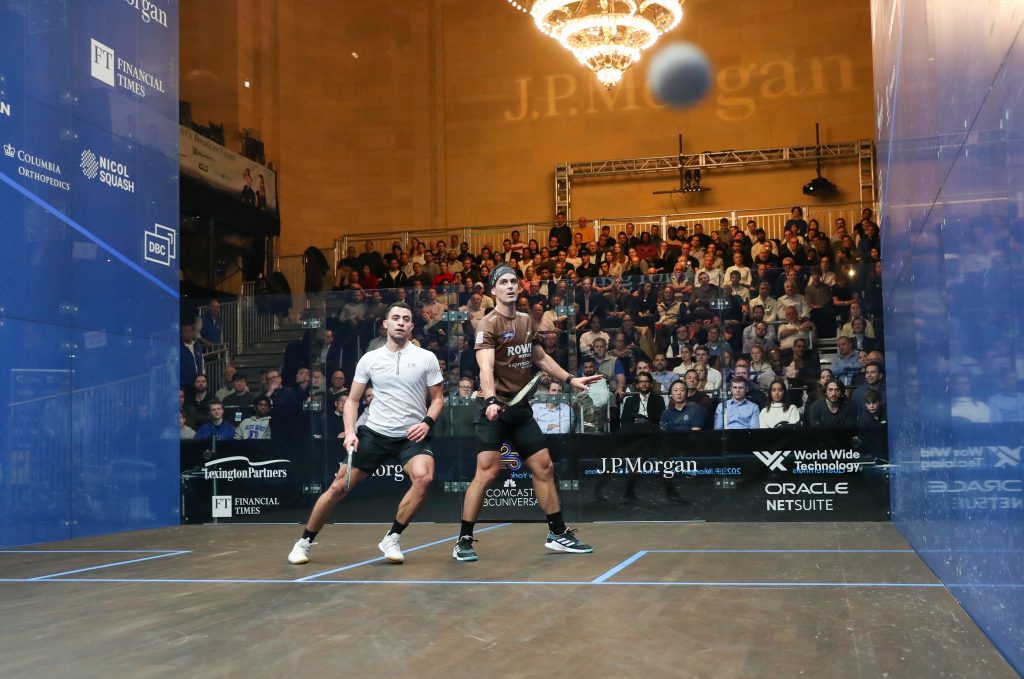 The second men’s semifinal on Wednesday night will feature world No. 4 Paul Coll and world No. 5 Diego Elias. Coll, who would become world No. 1 with his first ToC title this week, reached his first semifinal in Grand Central with a fifty-minute, three-game win over Egypt’s world No. 8 Fares Dessouky.

“I did all my preparations, mentally and physically so I was bang up for this match and feeling good.” Coll said. “He can hit a nick or an amazing shot at any stage so my accuracy was crucial and I was very happy with that tonight. I was happy with my front and back court game, I’m really enjoying the court, so it felt good tonight. I believe it’s my first semi-final at ToC, so pumped for that tomorrow. I’m playing my good friend Diego [Elias], we won’t be friends on court tomorrow but we’ll play it in the right spirit, it’ll be hard and tough and a good one for the crowd.”