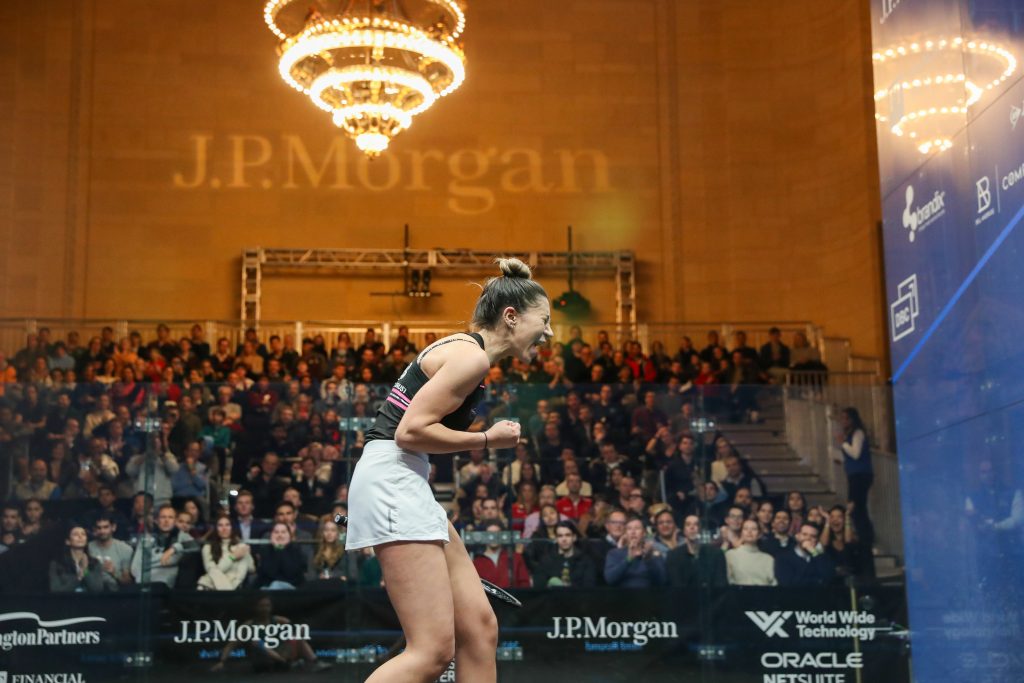 Twenty-one-year-old Jana Shiha recorded the first top ten upset of her career in her Grand Central debut against Sarah-Jane Perry, while new world No. 1 Mostafa Aasl conceded his third round match after one game due to illness Saturday, January 21, in New York City.

Shiha, who finished her studies just last month in Egypt and entered the her first ToC ranked world No. 44, earned her debut in Grand Central with two upsets on Wednesday and Thursday against world No. 39 Zeina Mickawy and world No. 32 Joshna Chinappa. Shiha’s first encounter against Perry was a five-game loss at the Hong Kong Open just last month where the English Veteran came back from 2-0 down to win.

Shiha nearly experienced a similar comeback loss after winning tie breaks in the first two games 14-12, 14-12 before Perry stormed back 11-8, 11-6 in the third and fourth games. Shiha clinched the match 11-9 after sixty-two minutes despite Perry saving numerous match balls.

“I had no idea this was going to happen,” Shiha said. “I had a tournament last week and a really bad loss first round. But then I was like, ‘Honestly, I’m just going to go for it. Do whatever I do, play my best.’ I had two matches on a traditional court, never played TOC, never had the opportunity on the glass court. I have nothing to lose. But yeah, great run until now. Played SJ last month in Hong Kong lost in five too, I was 2-1 up, so I kind of knew what I was going to do, but also a little bit different because that was on the traditional court again. “That was my goal [to reach Grand Central], honestly,” Shiha said. “I was like, I had a first round, always tough with the Egyptian, my friend Zeina [Mickawy], and then I played Joshna [Chinappa], two tricky matches, but I was like, again, just you have nothing to lose.”

Shiha will make her debut in a Platinum quarterfinal Monday evening against four seed Joelle King, who recovered well from a difficult five-game opening match to defeat world No. 9 Nele Gilis in a decisive three games. The other top half women’s quarterfinal will be contested between world No. 1 Nouran Gohar and world No. 6 Nour El Tayeb who both won in three games against Mariam Metwally and Sabrina Sobhy, respectively. 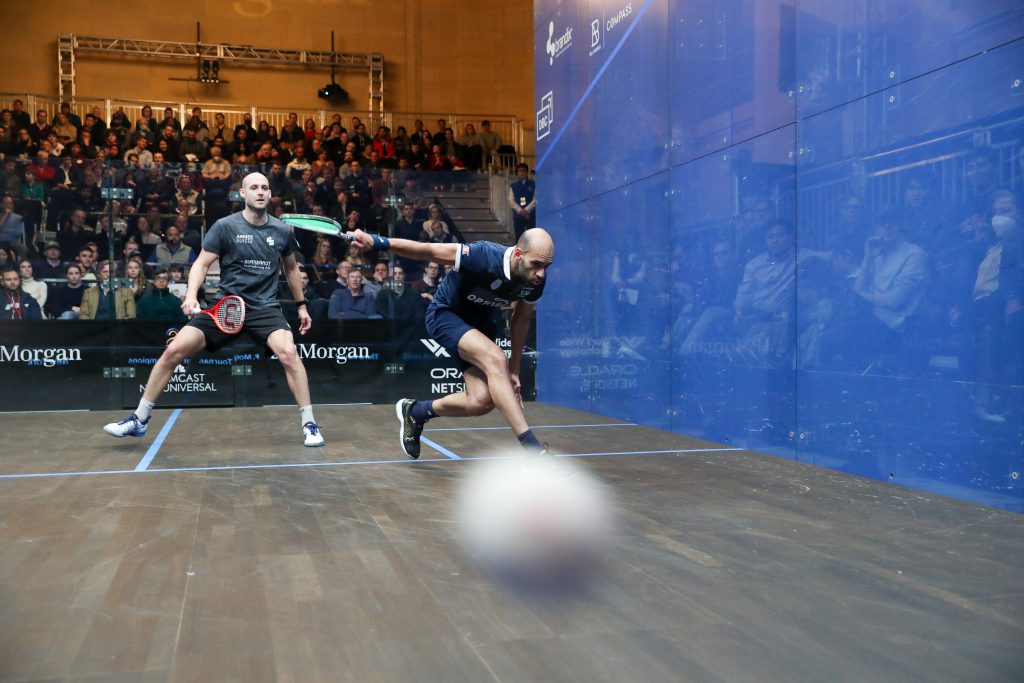 The men’s draw endured another seismic shape up with the exit of Mostafa Asal, who officially ascended to the world No. 1 ranking for the first time this week. After losing the first game 12-10 against French world No. 10 Victor Crouin, Asal conceded the match due to illness.

Crouin’s quarterfinal opponent will be world No. 6 Marwan ElShorbagy, who stopped the surging Nicolas Mueller in his tracks with a skillful 3-0 win.

“Yeah very happy to win in three,” ElShorbagy said. “I lost to Nicky three times in the last 12 months, so I know how dangerous he could be, especially in that court. He loves this court, I remember when he beat [Karim Abdel] Gawad, when he was world No. 1 on this court. And he played very well against Joel Makin a couple of days ago. So, yeah, it’s always tough against Nicky, so skillful. You have to be very sharp. We all love coming back here and then playing at the Grand Central Terminal, one of the best venues on the PSA World Tour.”

With the current world’s top three men—Ali Farag, Mohamed ElShorbagy and Mostafa Asal—all out of title contention, world No. 4 “Superman” Paul Coll now takes the pressure on his shoulders knowing that a ToC title would send the Kiwi back to the world No. 1 position. Coll will be in action Sunday evening at 6pm against France’s Sebastien Bonmalais.