Rodriguez Rolls Back the Years to Reach First ToC Semifinal Since 2015; Gohar Fends off El Tayeb in Five 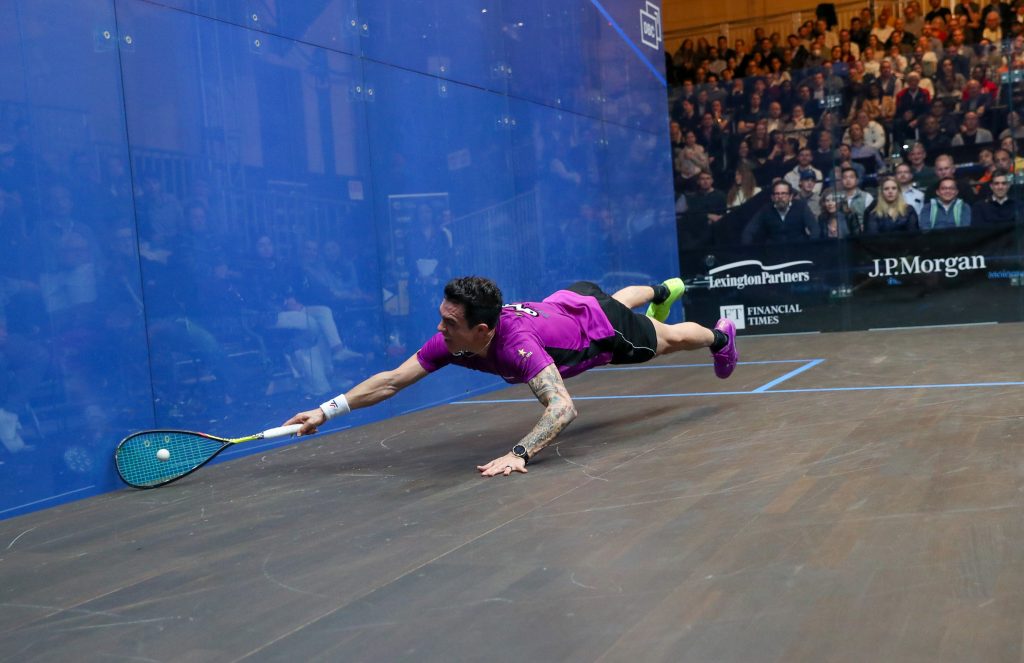 Rodriguez, world No. 14, proved that his second round win over world No. 3 Mohamed Elshorbagy was no fluke, backing it up with another thrilling performance full of acrobatics, precise shot-making and strategy against world No. 9 and seven seed Mazen Hesham—another player known for his flair and shot-making. Rodriguez emerged victorious 11-6, 4-11, 11-8, 11-8 after fifty-nine minutes, earning a standing ovation from the sold out crowd after the match.

“I knew that playing with Mazen, he’s at the peak of his game and I had plan A, B, C, D the whole alphabet,” Rodriguez said. “He’s very difficult to play because he can get winners from all four corners. I had to watch the ball very carefully, believe in my game, believe in my strengths, and that’s what I did today. I wanted to put the ball in uncomfortable positions, because he uses so much of his wrists to hit the corners and take the ball well wide, and he can play the ball from the back so I wanted to keep the ball close to him. He adjusted well in the second game, and I had to change the game again in the third and fourth and was able to push through.”

Rodriguez and world No. 6 Marwan ElShorbagy will vie for their maiden appearance in a ToC final after the Egyptian recorded a clinical three-game win against Frenchman Victor Crouin in the other men’s quarterfinal.

“That end for me was emotional, it’s very special,” Rodriguez said. “I made my first semifinal here in 2015, when I beat Gregory Gaultier. Getting that result after eight years, it’s something very special for a professional player. I’ve been through many tough times and I knew that this time was going to come again at some point. I’ve done the job, it’s been an amazing year and week. Thank you all for the support.” 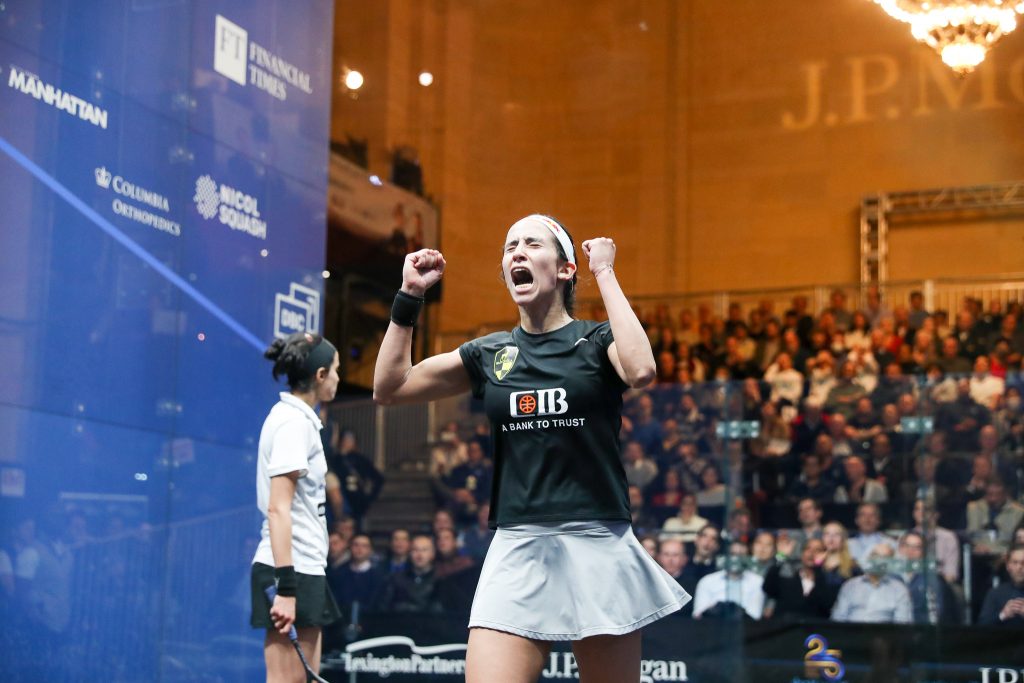 Fireworks went off during the evening session between Egypt’s world No. 1 Nouran Gohar and world No. 6 Nour El Tayeb as Gohar pulled off a dramatic five-game comeback. The pair had met sixteen times previously on Tour, with Gohar having won eleven of those battles, including four times in 2022. It was El Tayeb who started the stronger in the opening game, but Gohar responded by running away with the second game and came back from 6-2 down in the third to go up 2-1. El Tayeb regrouped in the fourth, but Gohar went into ‘Terminator’ mode in the fifth to take the match 11-6 after seventy-five minutes.

Gohar spoke admirably of El Tayeb’s journey of giving birth to her first child in 2021 and then breaking back into the world’s top ten.

“Nour had been playing amazing, we’ve been playing a lot in the last season and this season,” Gohar said. “I don’t know where to start, she’s a player and a character and coming back and playing like this is unbelievable and I have so much respect for her. It seemed like I was annoyed but I really enjoyed this battle, we have been battling it out for the last seven years and I hope the crowd enjoyed that one. I was trying to not be too emotional out there, but I was nervous. It’s a 3-2 cracker in 70 minutes so it was tough obviously and there are certain matches where you just have to hang in there. They [other players] are playing their best and when they play against me they always seem to play their best so I have to adapt, defend and absorb a bit so it was a very hard one today.”

The second half of the ToC semifinals will be determined Tuesday night with match play starting from 5pm local time.