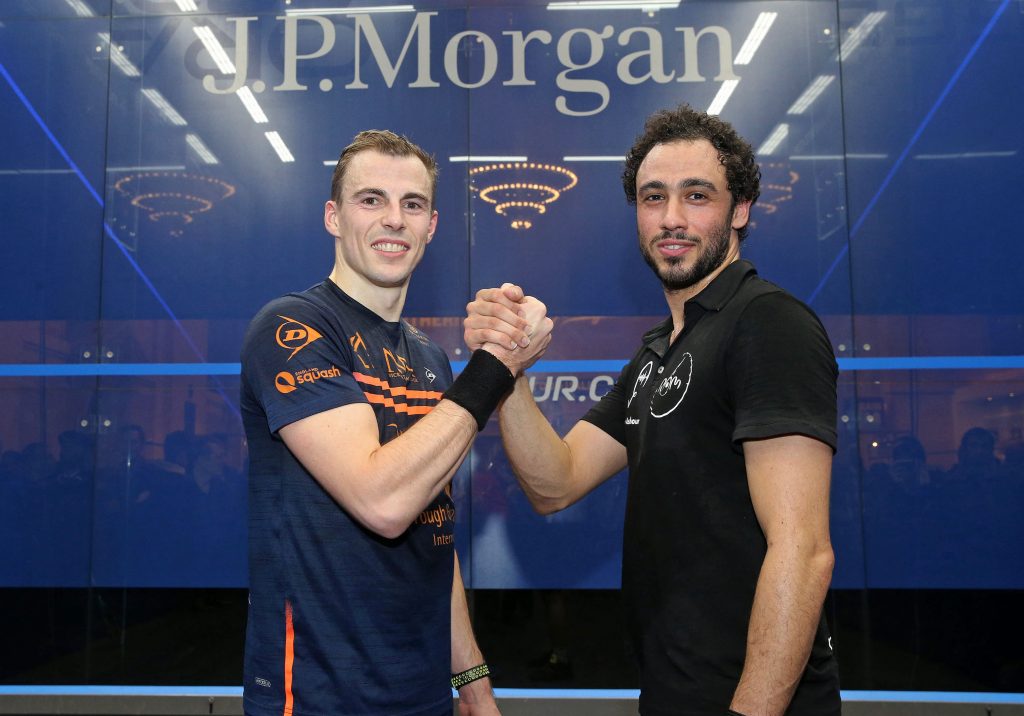 Ashour and Matthew had met three times in their career in Vanderbilt Hall and made it a fourth in front of a sell out crowd.

The new format employs a three minute clock per game that runs down only while the ball is in play. At the end of the three minutes, the player leading needs to win one more point to close out the game, while the trailing player has the opportunity to stage a comeback.

The two all-time greats rolled back the years and put on a show for the sell out crowd filled with nicks, dives and an array of attacking squash to the crowd’s delight. In the end it was Matthew, ‘The Wolf’, who defeated Ashour, ‘The Artist’, 6-7, 9-7, 10-8, 7-5.

“We’ve played on this night before and had some serious battles on this court,
Matthew said. “You all saw how good his shots are still, I thought I was moving alright but three minutes felt like an eternity. It was intense. Probably one of the reasons I’m not on the Tour anymore is because Mohamed’s first rally will be three minutes long. There are probably two or three venues in the world that feel this special, I felt goosebumps and even nervous. For the first time in maybe eighteen months I felt that adrenaline again. I think the scoring system is a great addition to the sport and is a great tool to use to up the intensity.”

The Ram scoring system was developed by Ashour and co-founder Osama Khalifa. Learn more about the scoring system here. Watch a replay of the match on SquashTV.

“It feels surreal to be back on this court,” Ashour said. “Every time I walk in here it feels special. It feels like it was just yesterday that we were playing here. There have been a lot of battles and calories burnt on this court for me. It’s been a long journey for both of us here. For all of these athletes, every time they come back here it feels like the first time. There’s both this nervous and exciting feeling. You can sense the electric atmosphere and shared passion for the sport.” 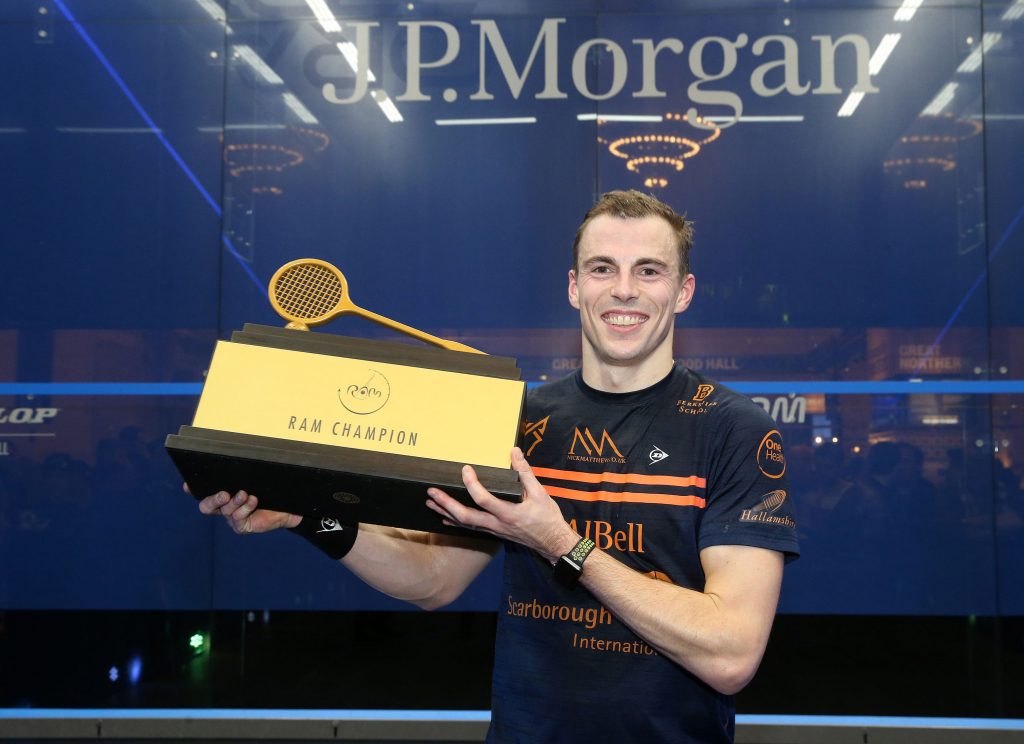