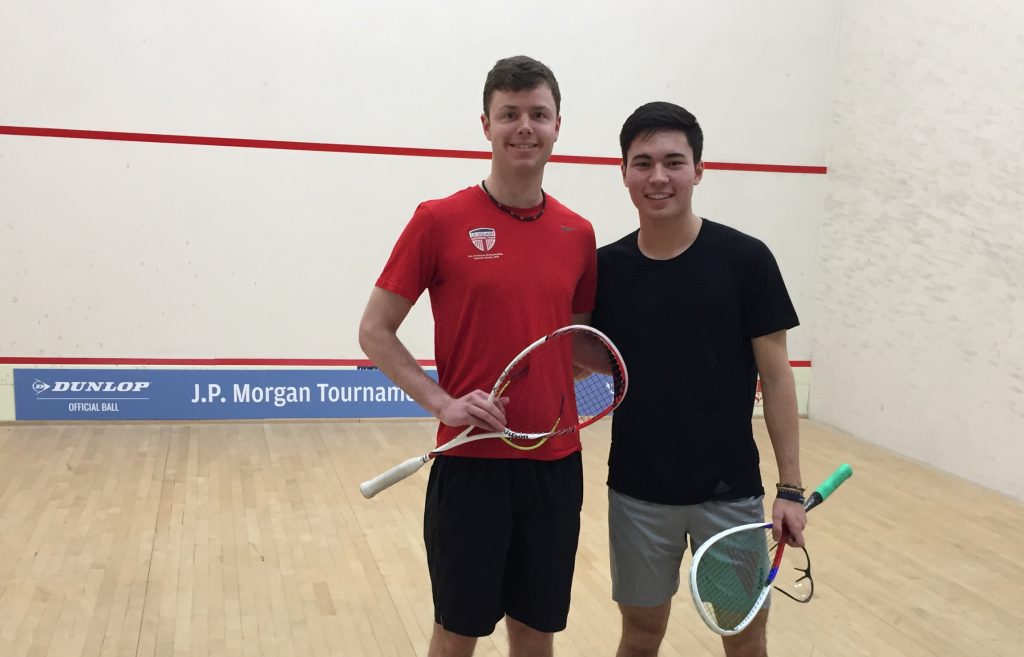 Lovejoy, Yale’s No. 1, was the first match on court against teammate Harrison Gill, who plays No. 3 on Yale’s ladder. The Yale ladder rankings held true as Lovejoy defeated Gill 11-6, 11-2, 11-6.

“I felt pretty comfortable on court today,” Lovejoy said. “Harrison and I have played a lot of matches in the past so we know each other’s games pretty well. I was just trying to have fun and enjoy the match, hit my shots and play my game.” 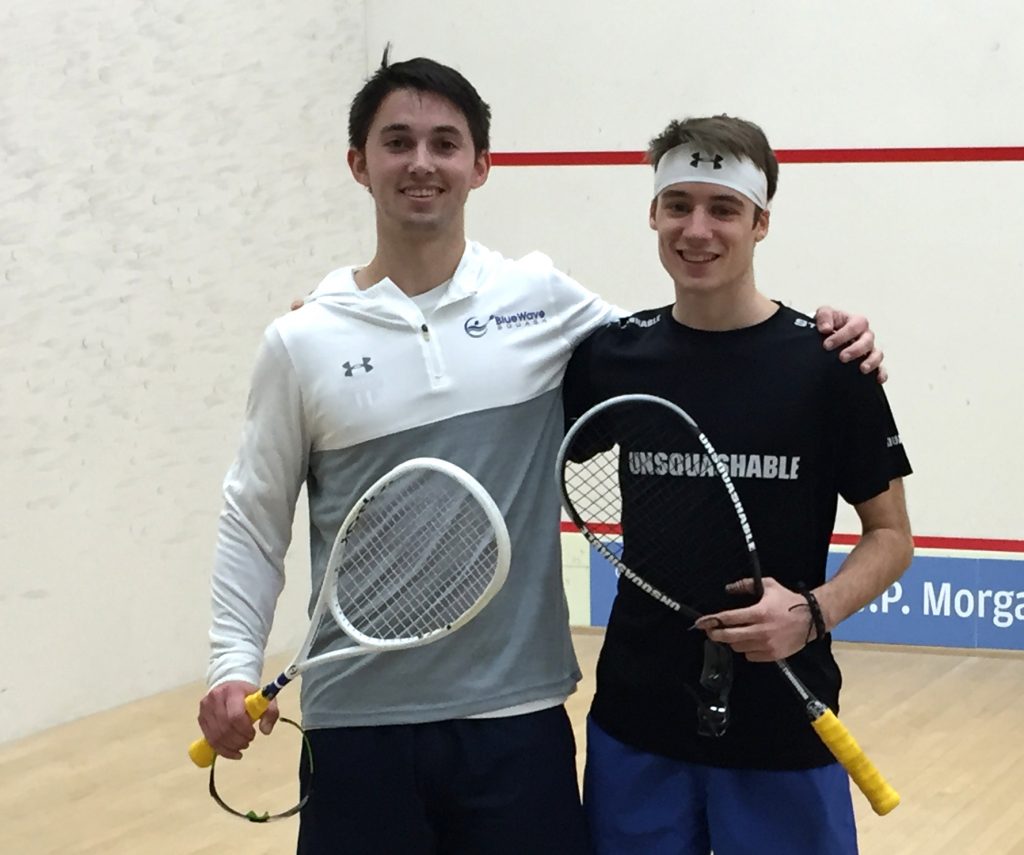 Brownell, Harvard’s No. 3, followed on court against seventeen-year-old Thomas Rosini, who recently returned stateside after representing Team USA at the British Junior Open earlier this month. Brownell’s experience paid off as he dispatched Rosini 11-0, 11-8, 11-8.

“I thought it was a good match,” Brownell said. “He’s a very talented young player and it’s great to see him as the next generation of Americans coming up. I could tell he was a little bit nervous at the start of the match. He came stronger in the second game and kind of got his feet under him. I think it was a good experience for both of us.”

“Timmy and I have played a lot in the past,” Lovejoy said. “I’m just going to play my game and stay confident in my shots. Move him as much as I can and put as much pressure on him as I can.”

“I feel good going into the match against Spencer,” Brownell. “Spencer’s a really strong player, we’ve been playing against each other for a while so I’m looking forward to the battle.”