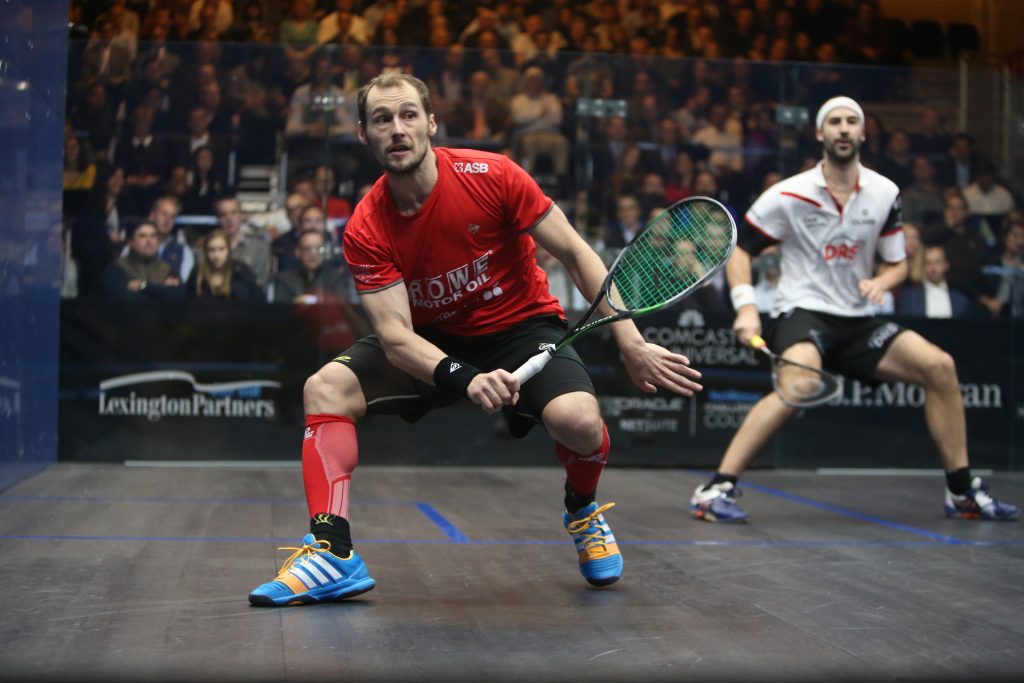 Gregory Gaultier in the 2018 Tournament of Champions final

The entry list for the 2020 J.P. Morgan Tournament of Champions has been revealed with former world No. 1 and 2009 ToC champion Gregory Gaultier set to make his long-awaited return to the PSA World Tour, while eight Americans aim for glory in Grand Central Terminal, January 9-17, in New York City.

Gaultier hasn’t been seen on the PSA Tour since limping off court in the quarterfinals of the U.S. Open in October 2018 due to a broken bone in his knee, but after a grueling period of rehabilitation, the thirty-six-year-old will finally make his highly-anticipated return as he competes under the chandeliers of Grand Central Terminal’s picturesque Vanderbilt Hall.

Known on tour as the ‘French General’, Gaultier has reached the Tournament of Champions final on four occasions and lifted the title in 2009. His 2017 semifinal fixture with long-term rival Mohamed ElShorbagy will go down as one of the greatest matches ever seen at Grand Central.

Meanwhile, 2018 runner-up Tarek Momen will make his first PSA appearance since being crowned World Champion in November, and he will be joined in the draw by the man he beat to lift the iconic trophy, New Zealand’s Paul Coll. Team USA’s Pan American Games double gold medalist Chris Hanson returns for his second Wild Card appearance and will be joined by another American, who will be decided in a wild card playoff, January 6-7.

There will be three former champions involved in the women’s draw, with reigning champion Nour El Sherbini, 2017 winner Camille Serme and World No.1 Raneem El Welily all looking to add to their title tallies in New York.

The women’s draw will include a record six Americans. Sabrina Sobhy joins her older sister in the main draw having reached a career high ranking of world No. 47 this month in what is her first season as a full-time professional. Fellow Harvard graduate Haley Mendez is set for her second career ToC main draw appearance. After storming into the top forty in her first season as a full-time professional, Princeton graduate Olivia Fiechter is set for her ToC main draw debut. Darien, Connecticut’s three-time U.S. junior champion Marina Stefanoni will make her third ToC wild card appearance at just seventeen years old.